“The Golden Age of Spain”, Pirates of the Caribbean, Jamaican Patwois, Creole, Vodou, and Christopher Columbus! What do they all have in common? Who were the Taíno and the Caribs? The history of the Caribbean is as fascinating as it is extensive, and chances are you never learned about this in grade school.

MCDXCIII. (1492). . A new superpower is on the rise, as Genoan born Cristoforo Colombo, (Christopher Columbus) makes a deal with Queen Ysabel to embark upon his first, and the worlds most historically influential, voyage across the Atlantic in search of trade routes to the Indies. All land routes were blocked off to Spain by the Arabs. The map below, known as the Tabula Rogeriana is an accurate depiction of the known world as of 1400. Although by 1492, over 100 years after this maps creation, The western coast of Africa was mapped out all the way to  ‘the Cape of Good Hope’ by Portuguese explorers. Spain feared that the Portuguese would find the route to the Indies first, and claim the riches that came with it. This fear was enough for Ysabel to fund Cristoforo’s unlikely voyage, in a desperate attempt to establish trade routes in the Indies before Portugal.

Of course as most of us already know, “Christopher Columbus” never made it to India. Though, unbeknownst to many of us, Columbo’s first voyage turned up the Bahama’s, Cuba, and Hispaniola (modern day Haiti and DR) where the city of La Navidad was founded and soon after Santo Domingo was founded by his younger brother Bartholomew Columbus. On his second voyage Columbo found Jamaica and Borikén (modern day Puerto Rico). The “Indians” that Columbo found native to islands were known as the Taíno and the Caribs (which is where ‘Caribbean’ is derived). The Taíno were a peaceful people, and historical record shows that they gave many gifts to the arriving Spanish explorers. The Caribs on the other hand were a warring people, and were suspected by the Spanish explorers of cannibalism. Within 30 years of Spains discovery of Puerto Rico, more than 90% of the native population of the Caribbean islands was eradicated by disease and harsh conditions under slavery of the Spanish settlers. The Caribs and the Taíno were thought to be gone, but new DNA evidence suggests that the Taíno were assimilated, as an estimated 50% of Puerto Ricans have traces of Taíno ancestry. The decline of the Taíno people on all of the Caribbean islands led to the importation of Africans to supplement the slave population.

Caribbean Cash Crops. Sugar plantations spread like wildfire throughout the Caribbean, and all fueled by slavery. Spanish City was founded in Jamaica, Havana in Cuba and many more. Thousands of Africans were imported to the islands in order to keep up with the skyrocketing demand. Spain was now an official superpower. The trade routes to the new world deemed much more lucrative than those to the Indies via circumnavigating Africa. England and France, also rising nations on the worlds stage, would soon enter the scene…

Privateers were an ever growing trend in the Caribbean. A series of wars sprang up during the 16th century, often pitting England, France, and or Spain against one another. England and France would often hire ‘privateers’ to interrupt Spanish trade in the islands. These events along with others ultimately led to the Anglo-Spanish War. After the war came to an end, privateers were disbanded. Many such chose to become pirates of the Caribbean. Rather than send resources to aid Hispaniola, in 1606 Spain ordered inhabitants of Hispaniola to move to the Capital, Santa Domingo, due to pirate activity around the island. This however freed land area for more pirates, thus making pirating even more inviting to the region. Pirates now held ports such as Port Royal – Jamaica, and Tortuga. This age became known as “The Golden Age of Piracy”.

With Taíno, Spanish, English, and French speaking colonists, a new dialect emerged on each island. Jamaican Patwois and Creole being prime examples. After leaning towards the conquest of the Aztecs and Mayans for riches and gold, Hispaniola all but forgotten by the Spanish empire. In the 1600’s, France claimed the western portion of the island as their own, in what is now modern day Haiti. In 1697 Spain ceded the western portion of Hispaniola to France.  Vodou, a Hatian religious practice, is formed from the Spanish Catholic routes, mixed with African tribal  practices, and combined with French influence.

Spain remained in control of a majority of the Caribbean until the Spanish-American War, where America sought to take all of Spain’s interests in the Caribbean. During this war Cuba gained it’s independence, and the USA took control of the Phillipines, Guam, and Puerto Rico.

Had Columbo’s voyage never taken place or if his whole fleet had met the same demise as the Santa Maria, this whole chain of events would have infinitely differentiated. The Americas would eventually have been found by one empire or another, but who’s to say when they would have made it to the Caribbean. Perhaps Mexico would be speaking French… Perhaps the Aztecs would have progressed in technology to the point of being effective against invaders? All this history unraveled from one unlikely voyage to the Indies. In fact Christoforo Columbo died thinking he reached the Indies, or Asia. Now that is some odd history!

END_OF_DOCUMENT_TOKEN_TO_BE_REPLACED 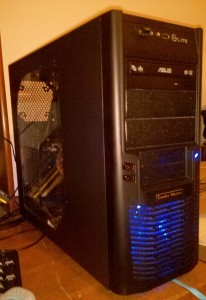 A decent gaming system for $500? Some will tell you it can’t be done.  You have to break the bank they’ll say, or you won’t get a decent frame rate. Some will tell you that to accomplish this you have to buy much of your parts used, or re-manufactured. After some careful research and shopping around for components I decided to take the challenge, and I have to say I’m more than happy with the final build. It outperforms my buddies older system that has a new MSI GeForce 730! This being said, I still plan on sticking a more powerful gpu in there when the time comes though. I also have plans for an SSD in the future, thus the “green” hdd. So try and look at this as a $500 foundation, rather than a $500 complete build. I bought all my parts from NewEgg and Amazon. I have Amazon Prime so anything I could get on amazon for the same price or cheaper I went for. I’ve linked to some of the parts below for your convenience.

END_OF_DOCUMENT_TOKEN_TO_BE_REPLACED

FreeCourier.org – Free Shipping for the World 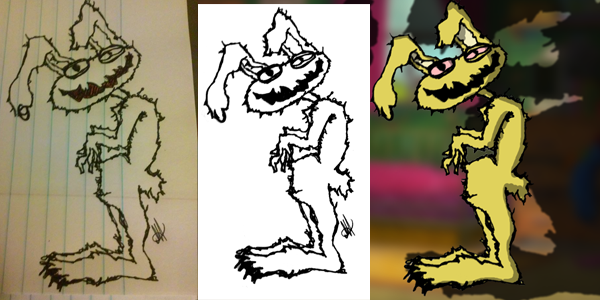 How to color in a sketch with Adobe Photoshop

Step 1. Scan your artwork, or take a high quality photo.

Step 2. Open with Photoshop, I am using an older version (CS2) so that this tut is compatible with most versions of Photoshop.

Step 4. Now you are going to want to ‘mess’ with the brightness and contrast. Try and get the whites whiter, and the blacks blacker! 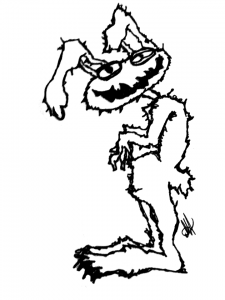 Step 5. Take your eraser and clean up whatever the color adjustments didn’t already take care of.

Step 7. Color and add a background. Subscribe for more! 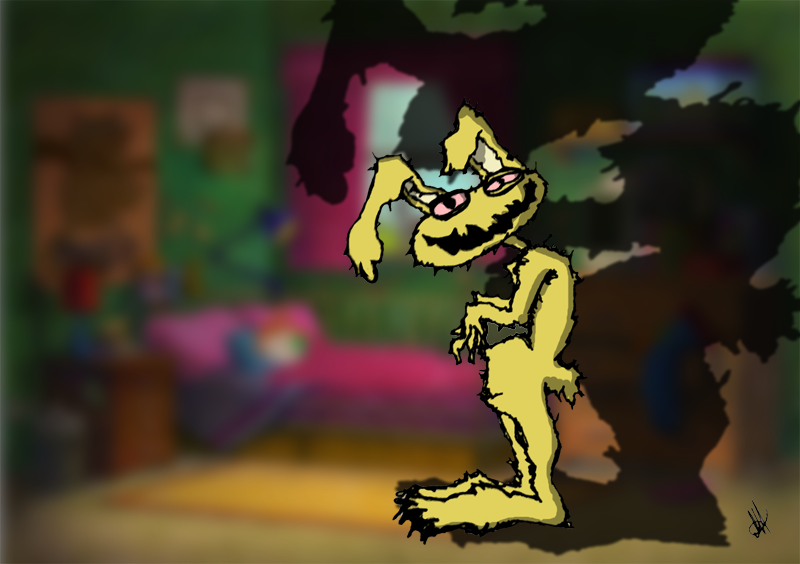